The Dream of any Skier

The Three Peaks spectacular mountains are situated in the Three Peaks nature park and in 2009 they were declared UNESCO World Heritage.
They are called:
Cima Grande 2,999 metres
Cima Occidentale 2,973 metres
Cima Piccola 2,857 metres
The ski resort of Three Peaks / 3 Zinnen Dolomites (former Sesto Dolomites) consists in 94 km of beautiful and varied slopes in the heart of the Dolomites - UNESCO World Heritage Site. The ski area is part of the Dolomiti Superski and offers slopes for any level.


From the winter season 2014/15 the ski area expanded with the link Monte Elmo - Croda Rossa to make the circuit of Alta Pusteria.
From 2008 The Ski train takes skiers every 30 minutes from the Three Peaks ski area to Plan de Corones ski area to have 200 km of slopes
It takes about 45 minutes to make all the rail way between the two ski areas.
During a ski week it is possible to take the train and enjoy the Tre Cime ski Resort and the possibility to get to the border with Austria and all the north-west peaks of the Alta Pusteria, skiing in the famous areas of San Candido and Dobbiaco tasting the typical speck and barley soup.
Another day you can take the train in the other direction and join wonderful Kronplatz ski resort for a new adventure on the snow!

OUR CHALETS IN AREA: 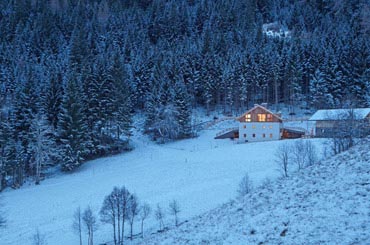 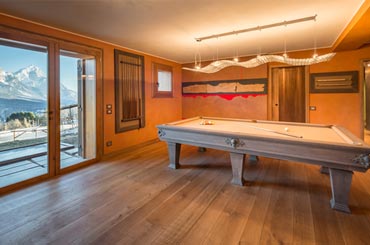